Smoothie Bikes are a fun way to promote active and healthy living around and now Norfolk has one.

The NI Smoothie Bike was launched on Monday 8 October at the Norfolk Show and attracted lots of attention. Well over 50 smoothies were made using pedal power, with Vinnie Martinovich being the lucky first person to use the Smoothie Bike. The photo below shows Vinnie in action surrounded by friends and the Smoothie Bike team. Thanks to Lesley Pullen from the Central and Eastern Sydney PHN for supplying the Smoothie Bike, Tracey, Eve, Doug, John and Alistair for their help on the day,  Jimbo, Lou and Toni for their kind donations of fruit and to everyone who gave the bike a go. It was lots of fun and a great way to promote health and wellbeing!! 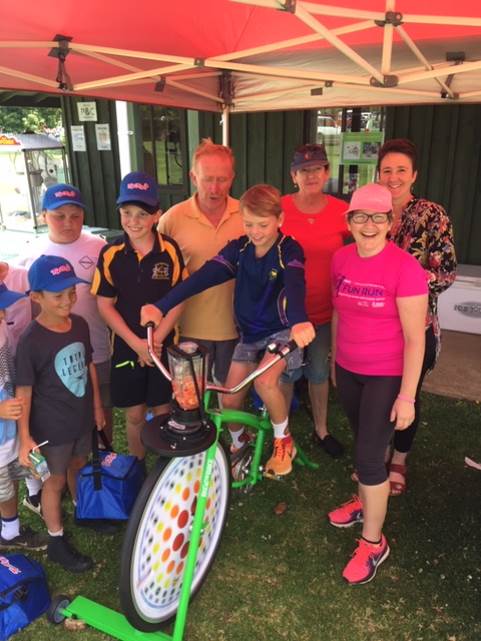